These whacked dreams had better stop after the wedding, or I will have to start living a Valley of the Dolls kinda lifestyle. And I've noticed, they all occur early in the morning, like shortly before the alarm goes off. It makes me tired, it makes me cranky and it makes me doubt my sanity. Dreams are meant to be your subconscious working through things you can't or won't face during the day. This one I just had? Oh, so totally. There is a back story here, I'll give you the highlights. About 5 years ago we got a new employee. Male. We hit it off, immediately. Problem? Oh, just a tad little issue of him being MARRIED. He's tall, handsome, funny as hell, sarcastic, older(but not like, fatherly) and horribly insightful. A deadly combo. Of course the more we hung out together, the more people talked. And I'll admit it, there were feelings there, on my side at least. I had a huge crush on him. But I knew he was married, and that was a line I was unwilling to cross. Anyway, last year we had a bit of a falling out. And we've not been nearly as chummy as we were before. We barely speak. We've tried to pick things back up, to be friendly again, but it's just not there anymore. Our dialogue always seems kinda forced. Which is probably good, considering F came into the picture shortly before all this went down. (side bar, F feels that my Co-Worker Crush had feelings for me, but that's a whole another Blog topic.) Ok, so back on Topic here, last night, or early this morning, I had a vivid dream involving CWC. He was in the kitchen at work, washing his dishes and I walked up, put my hand on his arm and started to say, "I'm so glad to see a man cleaning up after himself."(Kind of a joke between him and I, he always washes his own dishes at work) but before I could finish he whirls around and clutches me into a utterly suffocating bear hug. At first I'm embarrassed by this display, then I start to freak out because I literally CAN. NOT. BREATH. I fight my way out of his hug, my face red with the effort and the anger, and try to run off to my cube. He grabs my arm and pulls me back towards him and plants a VERY passionate kiss on me. At first, I was all, "FINALLY I get to experience his kiss". But then I became horrified. Angry that he would do something like that, I shove him off with great force and I think I may have called him an asshole, I'm not sure, things are cloudy after I remove myself from his lip-lock. What the hell? Seriously, WHAT. THE. HELL? As I type this, I'm kinda angry for letting it happen. For approaching him in the first place. Granted, it was just a dream, but what bothers me the most? I enjoyed his (dream) kiss, and felt relief at finally getting to experience. As fleeting as that feeling was, it still bothers me. Like maybe I shouldn't have had that feeling at all. I know that's what it is. I feel guilty about liking a dream kiss. 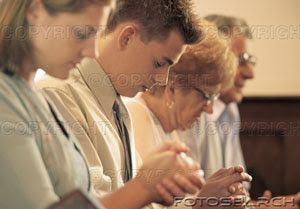